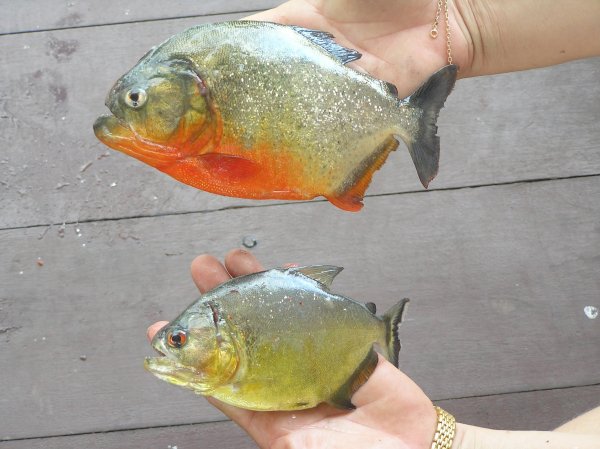 red and cashew piranhas: the" anthropophagous" in question...

If there is only one amazonian fish that everybody knows, it's quite the emblematic piranha. The voracity of our animal is not a legend, but it achieved its notoriety mostly through hollywood films rather than in reals facts. Its anthropophagy is undoubtedly exagerated, and only concerns some isolate facts which some ecologic disturbances due to human acts are highly responsible. In reallity, most species of piranhas are vegetarian. However, it's a fish characterized by a feroucious appetite. The piranha is found everywhere: in still water, in the currents including the rapids and down-stream  of the falls. Its average weight doesn't exceed 2 pounds, but some species like the black piranha can reach a good weight ( 8 to 10 pounds). It's also a prime order fighter. There are about a dozen of species of piranhas, but we'll focus our attention on the two mostly encountered in amazonian waters: the red or cashew piranha and the black piranha.

the black piranha: terrific, but inoffensive. But take care to remove the kook... 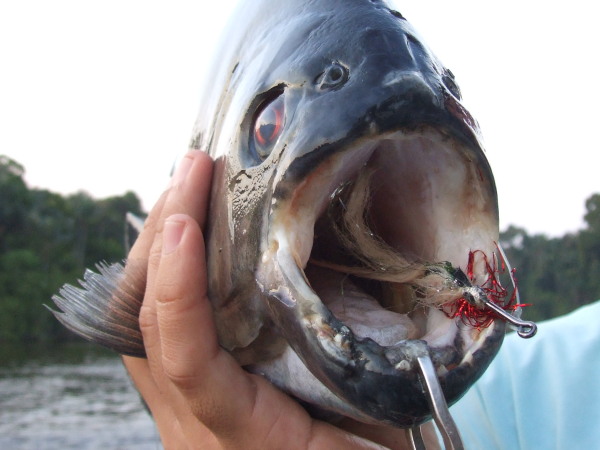 The impressive mouth of a huge black piranha

It doesn't exist a specific technique for the piranhas which are usually  incidental catches, especially when one targets other species... So, after a few captures, the flyfisherman will tend to focus his interest on other fishes.

All the flies and even poppers are attacked by the piranhas, perhaps with a predilection for anything that shines. So we'll strongly advise  you to dress your patterns with synthetic materials infinitely more resistent to the incredible teeth of those little demons which have the regrettable and costly habit to amputate our imitations of the largest part of their anatomy with a surgical accuracy without being caught each time, and above all, without you felt the slightest pinch. Therefore, expect more than a fly for a fish caught... And don't forget to bring in your luggage a well supplied fly box in the case you would fish in piranhas infested waters. 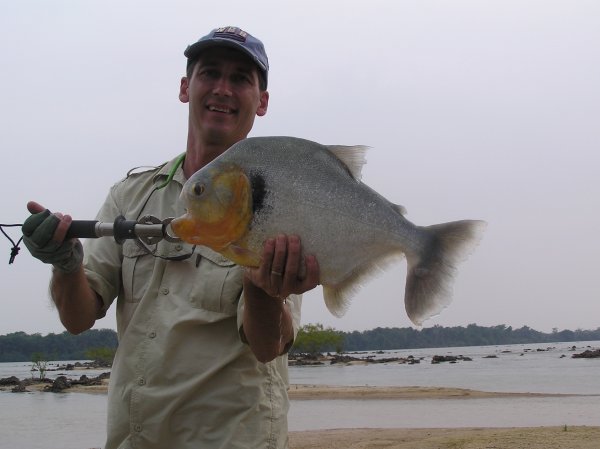 an other large specie: the  red head piranha

*A brazilian common saying says that in waters where there are piranhas, the caiman swims on the back.